After the feverish spring 2014 market, home prices in the high-price tier – which applies best to San Francisco and Marin counties – flattened and then ticked down a little, while more affordable home segments continued to tick up: It’s not unusual for the market to cool off and plateau during the summer months. The October 2014 Case-Shiller Index just released (on December 30), begins to reflect the autumn selling season, which starts after Labor Day: The market typically begins to heat up again in autumn. (Note that transactions negotiated in September generally start closing in October.)

According to the newest Index, all Bay Area home price segments ticked up in October by about 1%, plus or minus depending on segment. Note that small monthly fluctuations are not particularly meaningful until substantiated over a longer term. 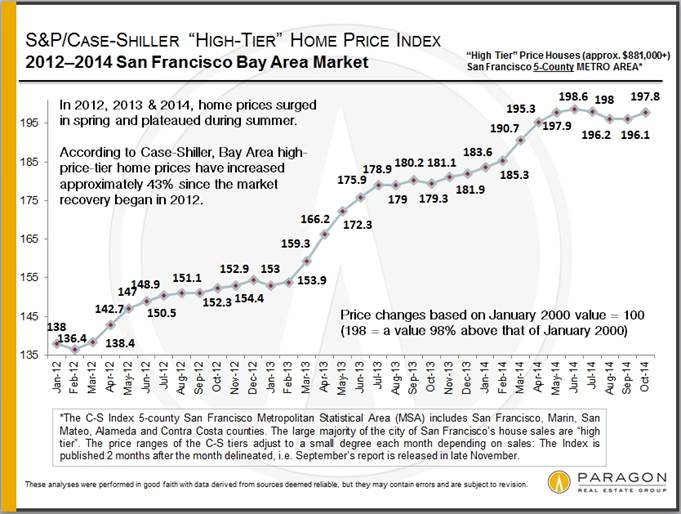 This chart below looks at the last 3 market cycles: 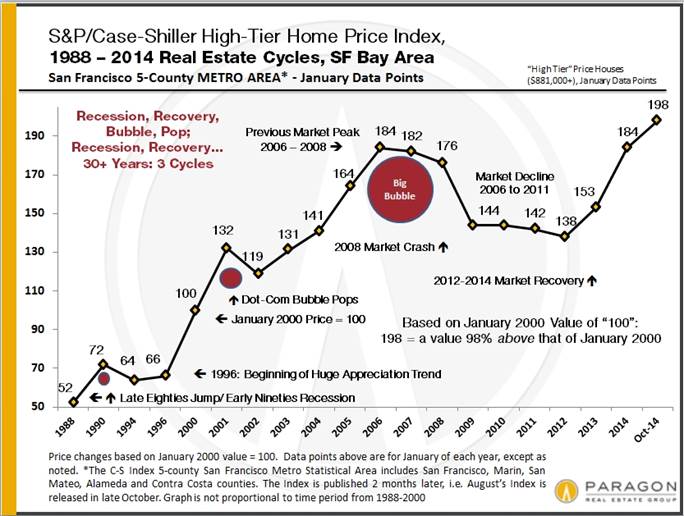 And this chart show median San Francisco house and condo sales prices by quarter (reflecting sales reported by 12/26/14, so it contains newer data than Case-Shiller): 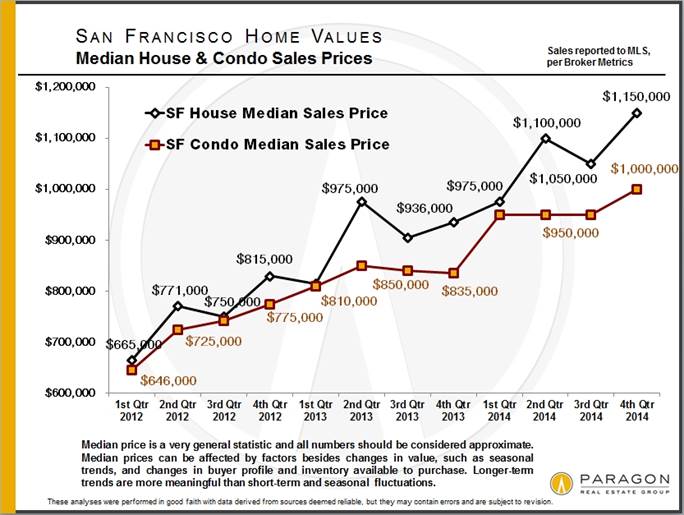