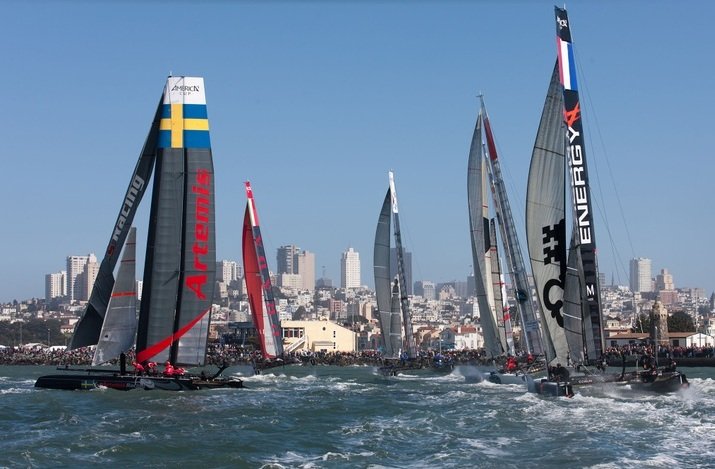 The 34th America’s Cup brings the competition for the oldest trophy in international sport back to the United States for the first time in 18 years. And it does so in style, with exciting new boats, a new format for the racing, and television and web coverage that takes the viewer into the racing as never before. There are two new classes of boats; both will be more powerful, more demanding of the crews and faster than anything seen at the America’s Cup to date.

Bringing the racing to the people is a new priority. Newly added near-shore race courses are sure to thrill those on site. Upon reaching its zenith in San Francisco, the host city of the 34th America’s Cup, the spectacular natural amphitheater of San Francisco Bay will be a glorious setting for this historic and much-anticipated race finale.

For more information go to www.americascup.com