The new S&P Case-Shiller Index for August was just released this week. The prices for homes in the upper third of prices – which dominate in most of San Francisco, central and southern Marin, and central Contra Costa – ticked down a tiny bit in summer, exactly as they did last summer. These short-term fluctuations are common and not particularly meaningful until substantiated by a longer-term trend.

Since Case-Shiller’s SF Metro Area covers 5 counties, it should be noted that not all the markets within the Area move in lockstep: activity and appreciation rates can vary significantly.

As is clearly illustrated below, for the past 4 years, spring has been the big driver of home-price appreciation. Prices generally plateau in subsequent seasons until the next spring arrives. For the past couple years, the spring selling season has started very early, in late January or early February, due to the incredible weather we’ve had in those months. El Niňo, if it arrives, might move the spring pick-up in sales back to mid-March/early April in 2016. 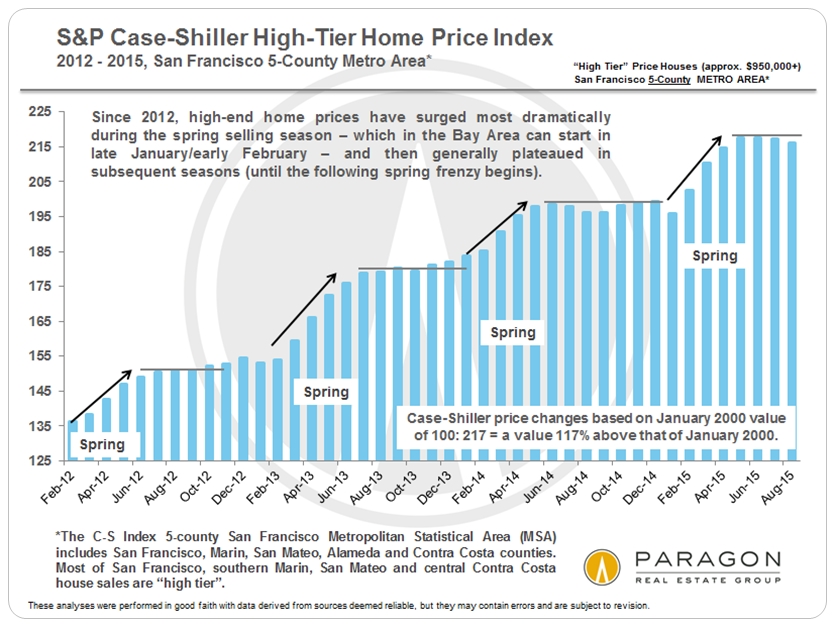 This second chart illustrates the huge burst in prices this past spring. It’s not unusual for the market to slump a little during the summer holidays, almost in exhaustion after the spring frenzy. We’ll have more autumn statistics soon when October’s MLS data comes in, but Paragon has been experiencing its most active autumn selling season in its history in 2015. 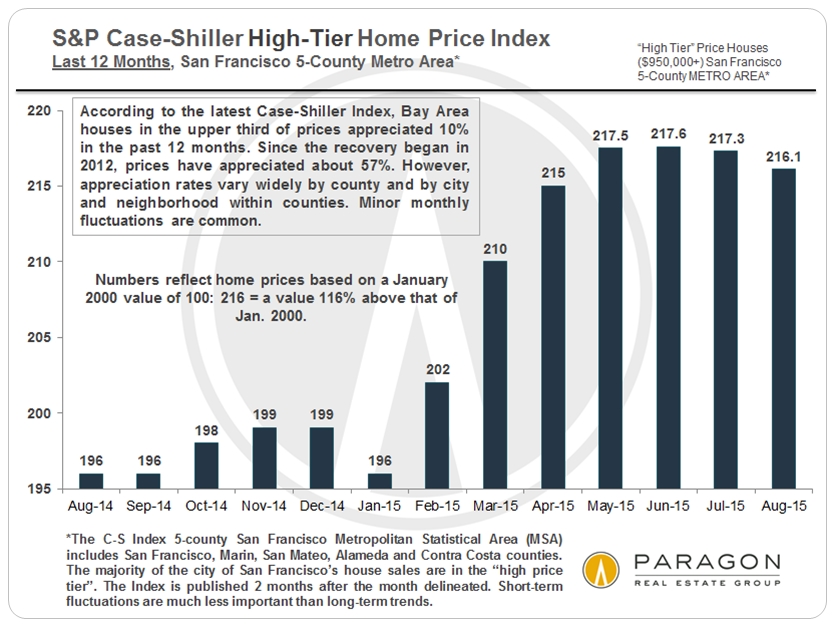 And here are 3 longer-term charts for each of the 3 Case-Shiller price tiers for the 5-county San Francisco metro statistical area. As can be seen, the different price tiers had bubbles and crashes of radically different magnitudes in 2006 – 2009, but as far as total appreciation since the year 2000, all of them display very similar appreciation rates. 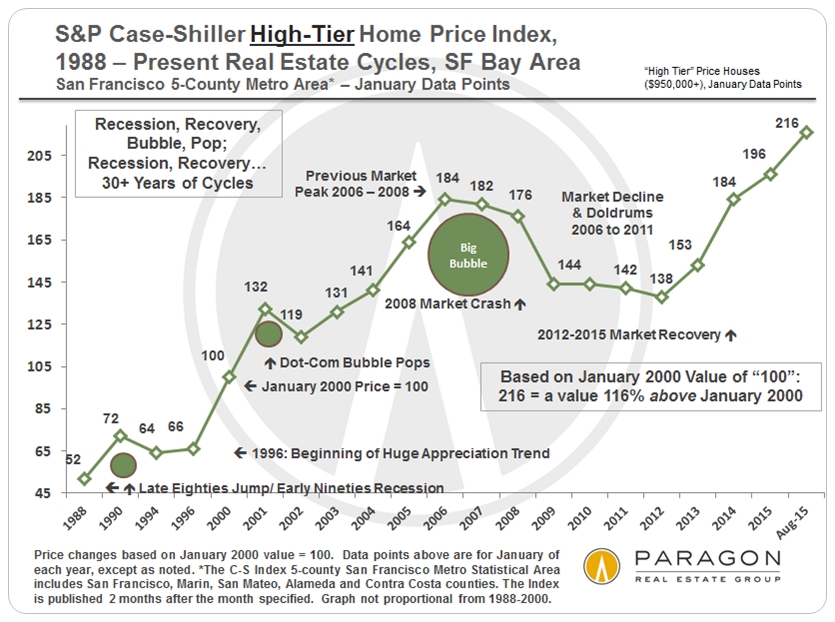 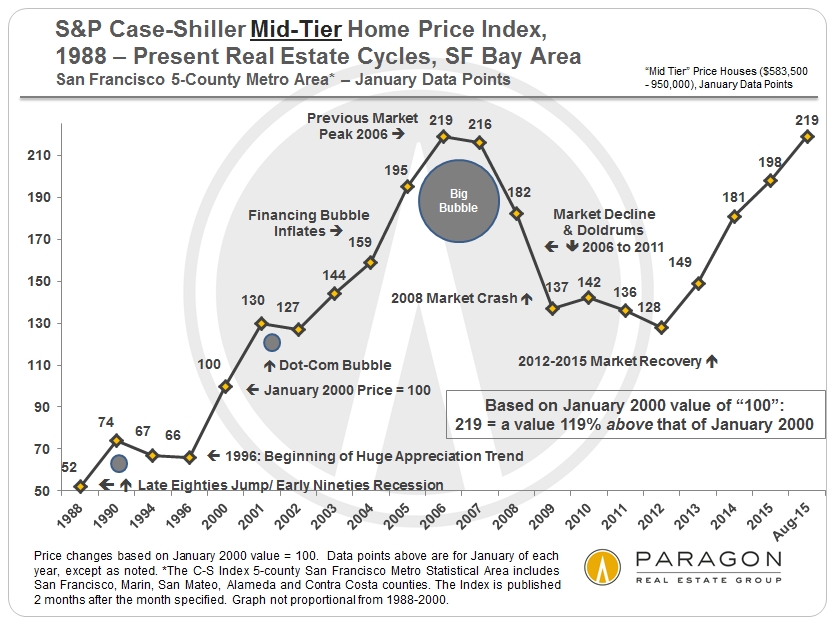 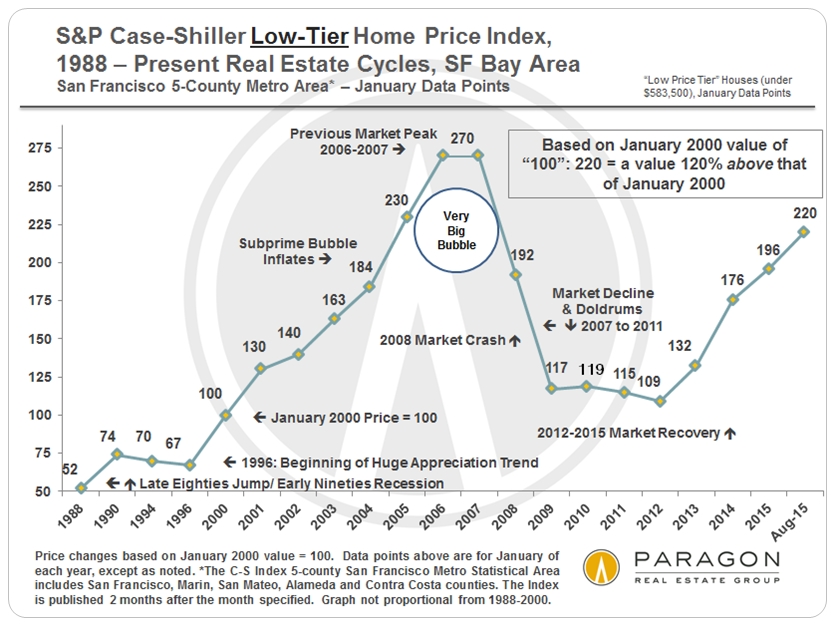