On December 19th, the San Francisco Planning Department issued its excellent Q3 2014 Pipeline Report, which tracks new residential and commercial development in the city. There is a wealth of data within its 36 pages: Below is simply an excerpt of some highlights.

The Pipeline includes projects in every stage of the approvals, permits and construction process, and being listed in the pipeline doesn’t indicate when or even if the project will be completed. Changes and additions to the pipeline occur on an ongoing basis: Indeed, it seems rarely a day goes by nowadays without a big new project being announced. Last but not least, changes in economic and political circumstances can suddenly and dramatically impact new development plans and construction.

The full Planning Department Pipeline Report can be downloaded here. There’s also a nifty interactive map illustrating projects in the pipeline. Our sincere gratitude to Aksel Olsen and Teresa Ojeda of the SF Planning Department for compiling this useful and comprehensive report.

The first and third charts below come straight from the Planning Department Pipeline Report. We created the two district-breakdown charts to separate out residential and commercial projects and to reflect more common neighborhood and district names as used in the real estate business (but even then, the names should be considered gross generalizations). And we added a snapshot of the Planning Department map to give an idea of the number of development projects in the city. 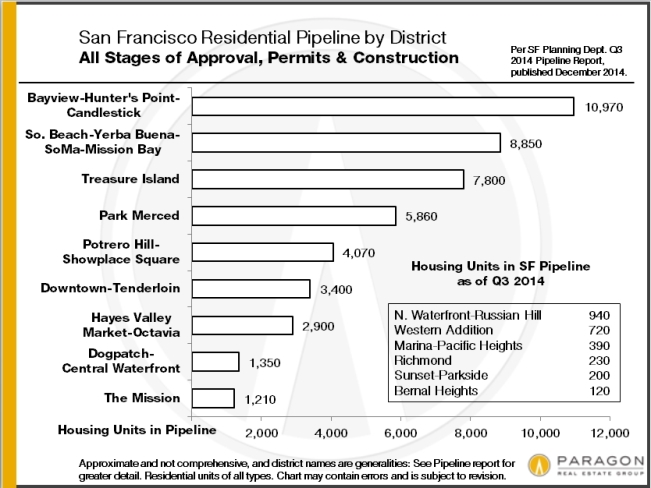 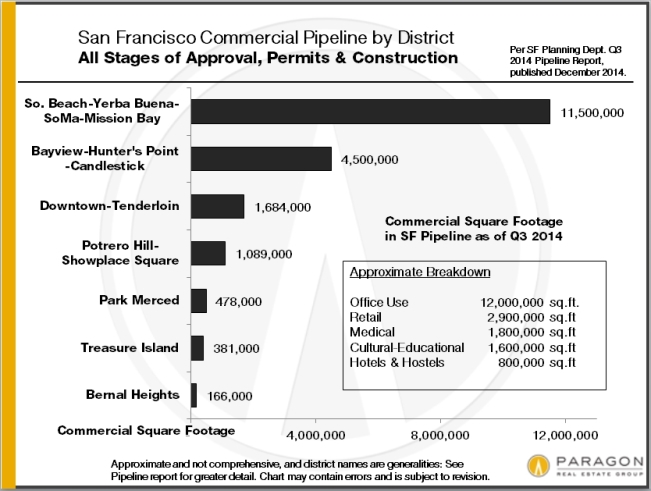 This snapshot from the interactive map on the Planning Department’s Pipeline report webpage indicates current projects in the greater South Beach/South of Market/Mission Bay district, Hayes Valley and the Market Street corridor. 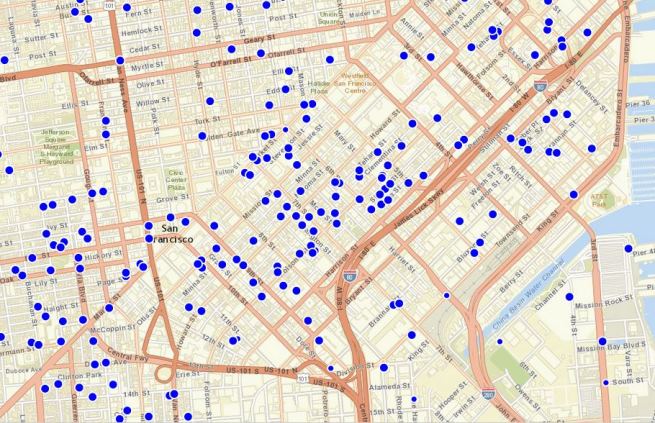 *All information included herein is from sources deemed reliable, but may contain errors and is subject to revision.