When the media reports on the “Bay Area median home price,” it’s worth remembering that SF is a relatively small market compared to the big 3 counties. 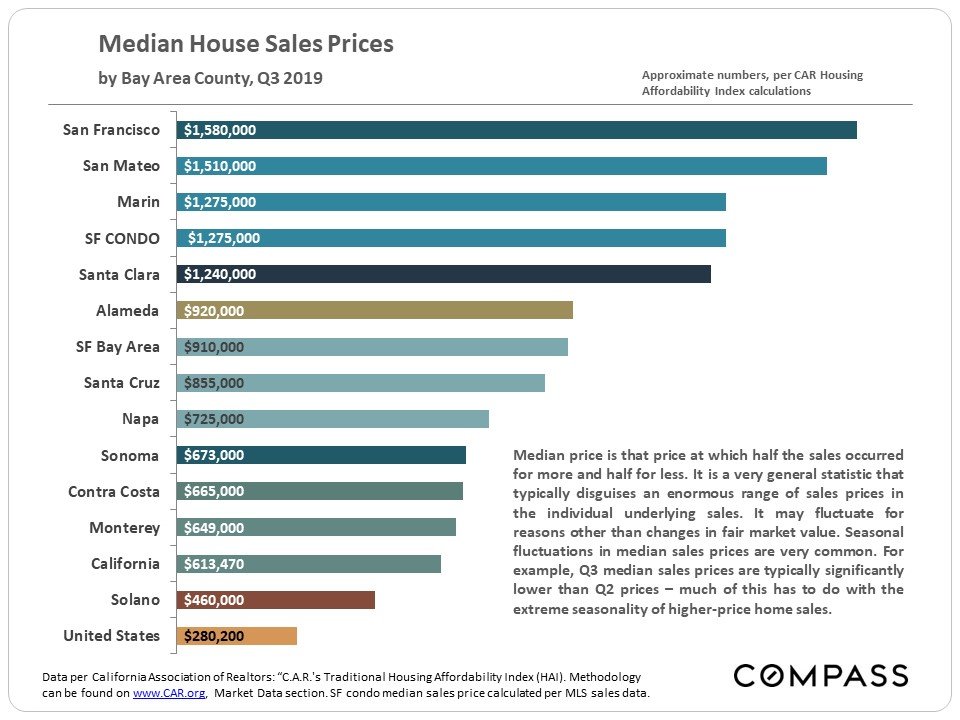 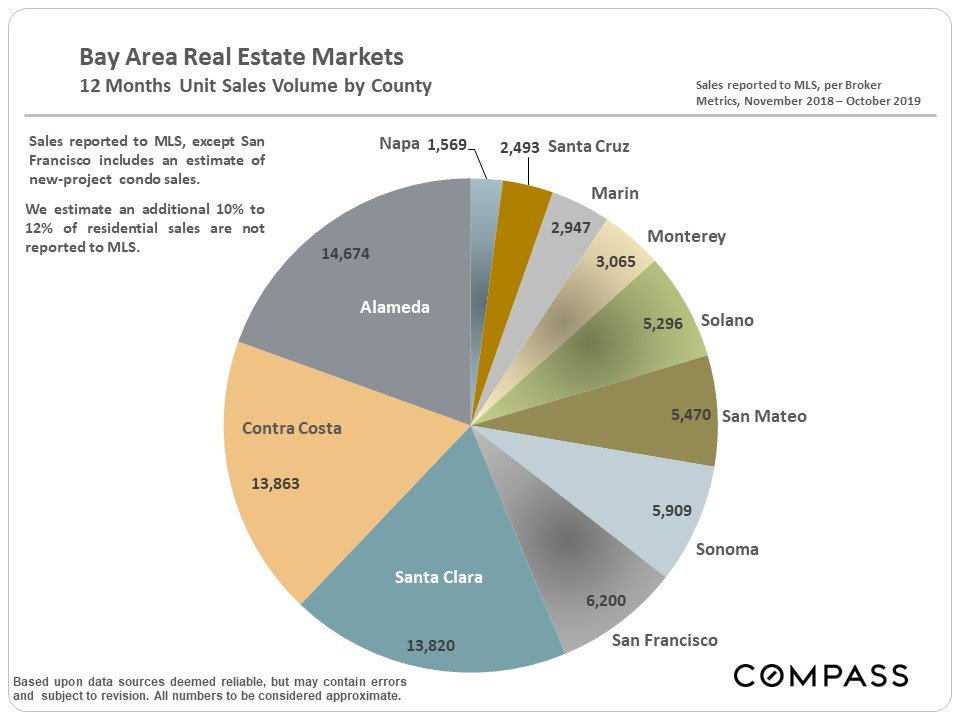 Based on the calculations of an algorithm created to track long-term price changes, this next chart looks at percentage appreciation since 2012 in the most expensive markets of 5 Bay Area Counties. (In Marin, Tiburon, a very expensive, but not the most expensive market in the county, is graphed due to data issues.) This chart does not delineate prices, which vary hugely, only estimated percentage home price changes over time.

According to this algorithm, prices in these most expensive markets have generally declined from recent peaks in 2018. 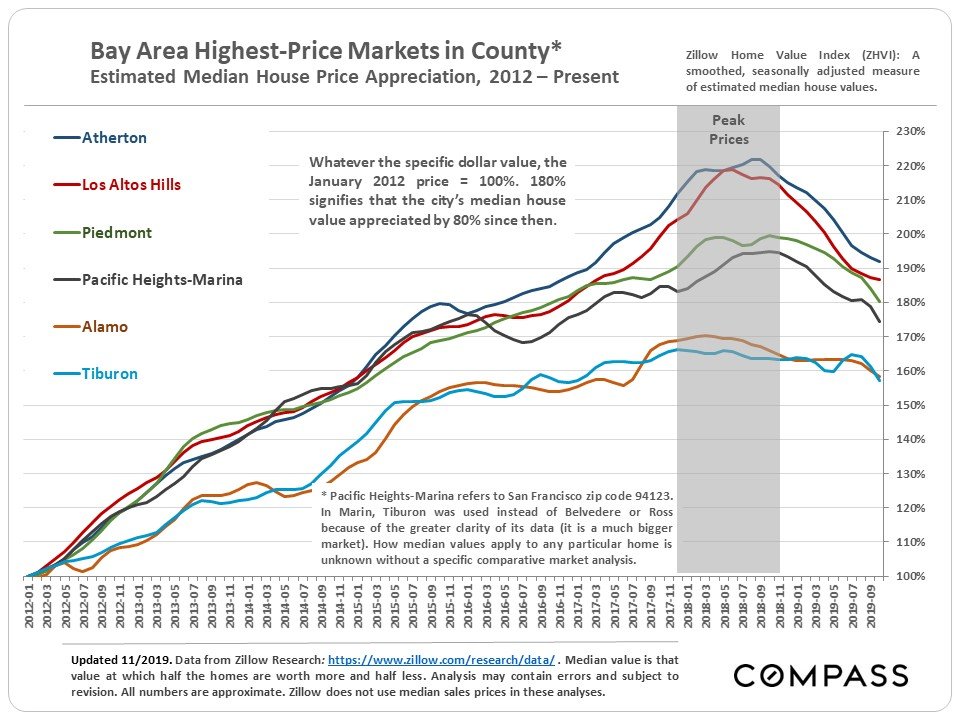 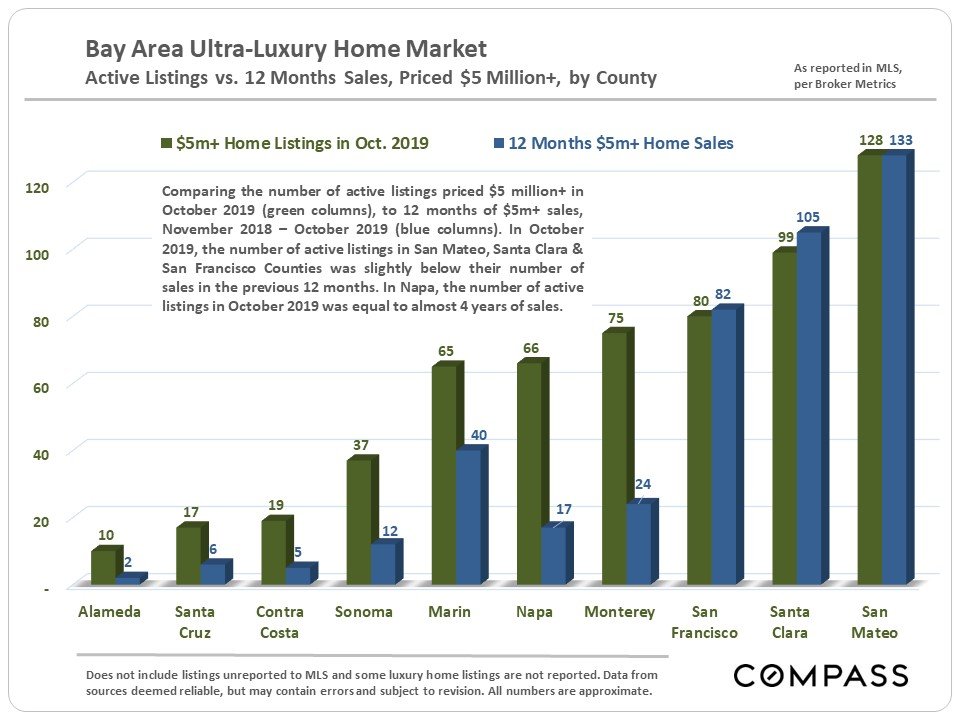 The market is now deep into its seasonal plunge in activity, which hits its nadir in December. (This chart is updated through October. November saw its usual big drop in new listing activity.) 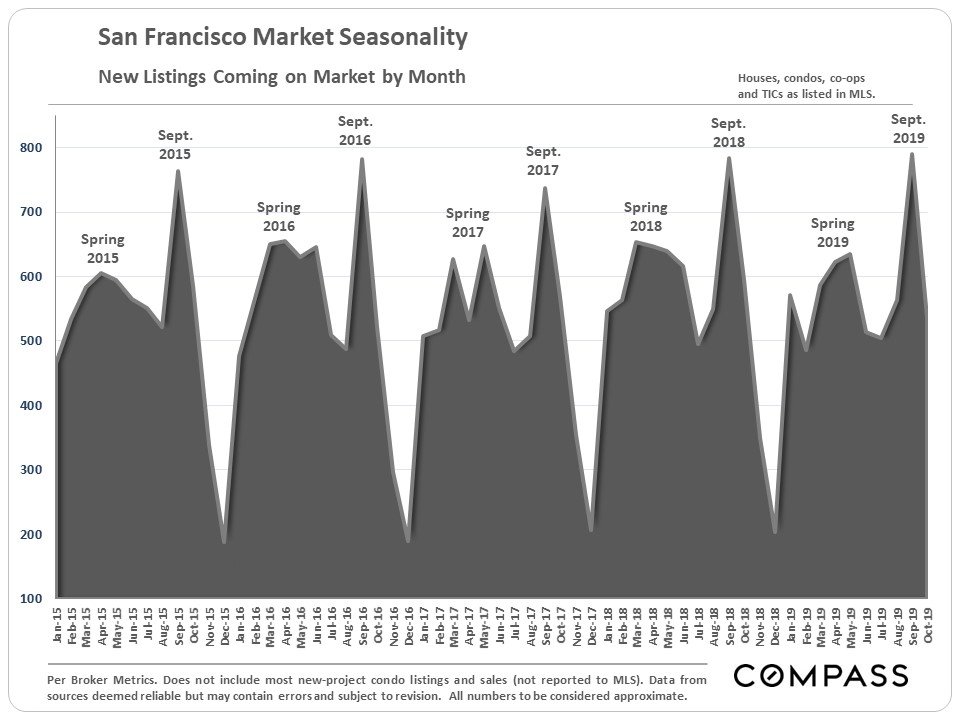 The percentage of listings reducing price in October – typically the peak month for price reductions – ticked up a little year over year, to its highest point since the recovery began in 2012. 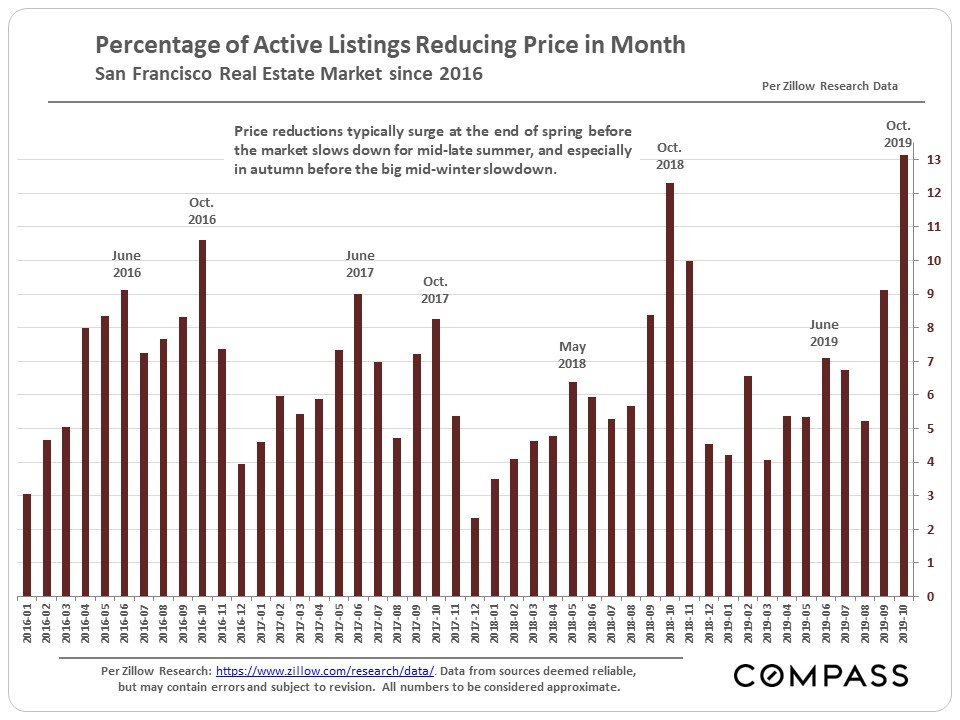 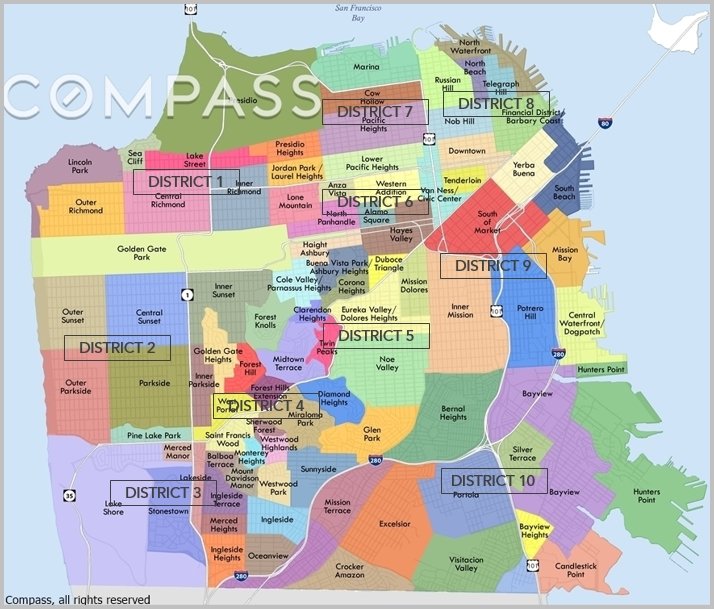 As always, these prices should be considered very general approximations of prices in complex district markets containing homes of widely varying size and quality. 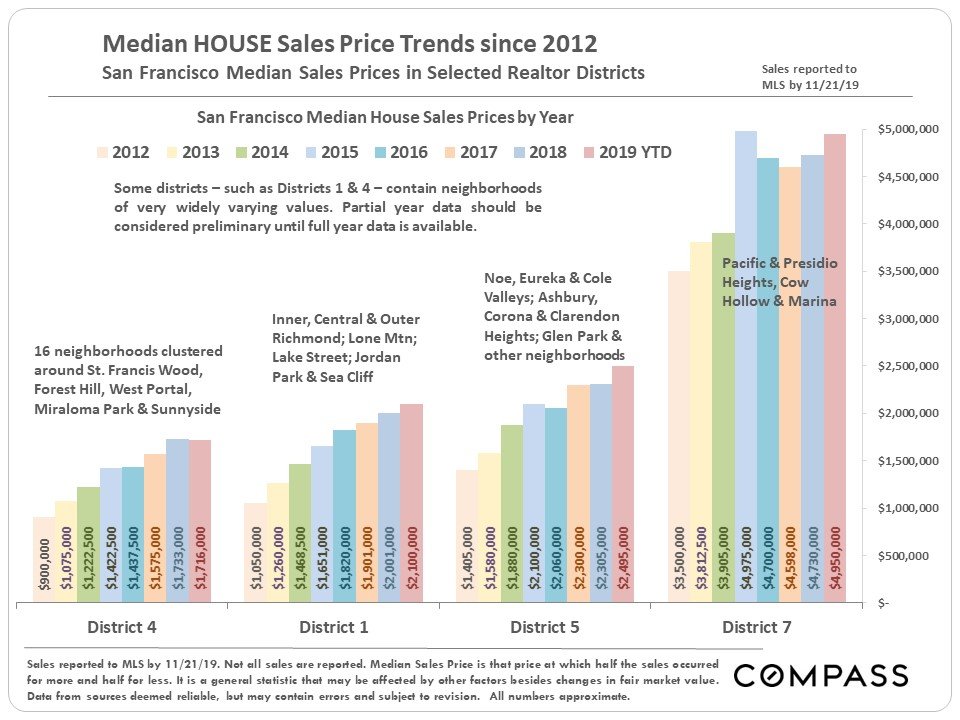 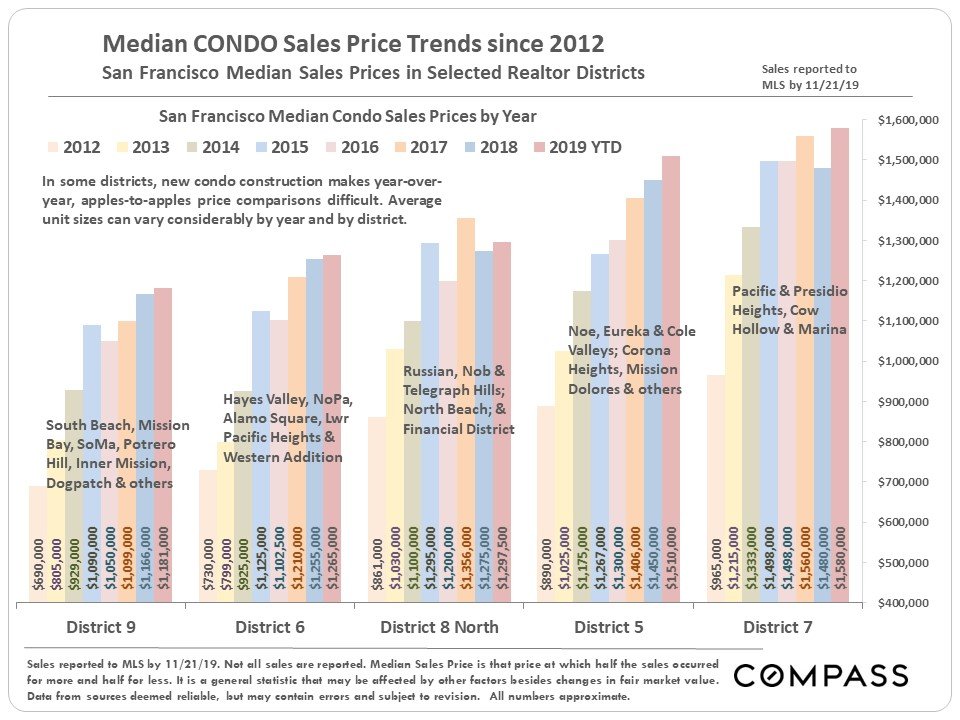 As mentioned in previous reports, market dynamics in San Francisco are often – but not always – separated by price segment as much as by neighborhood/district location. More expensive segments not unusually have somewhat softer supply and demand dynamics. However, District 5 – the greater Noe, Eureka & Cole Valleys district – one of the city’s more expensive districts, has been bucking that trend in 2019. 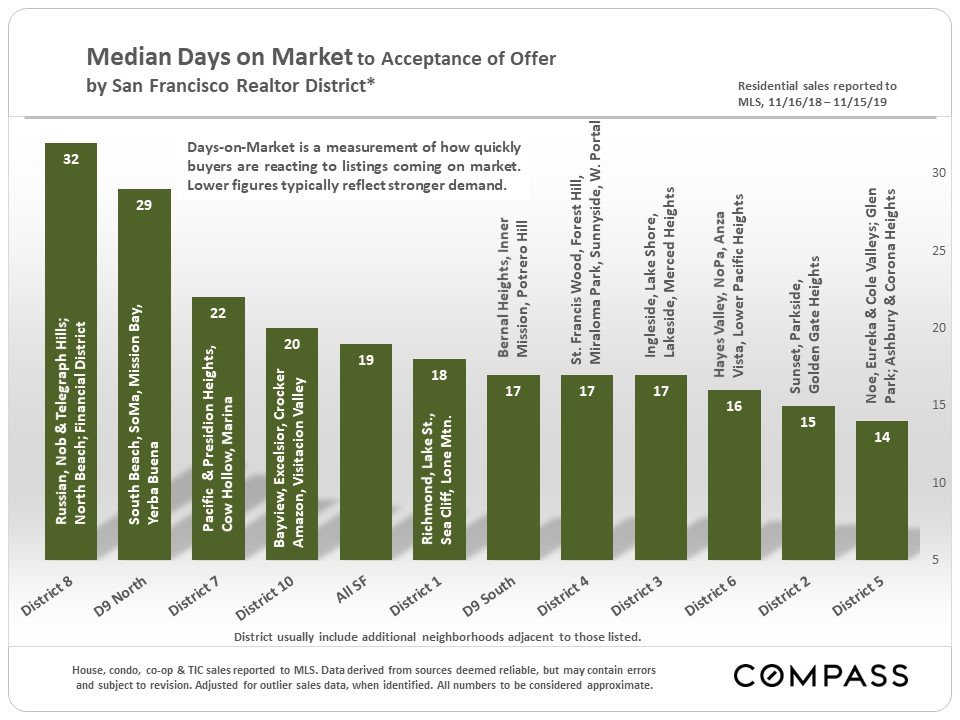 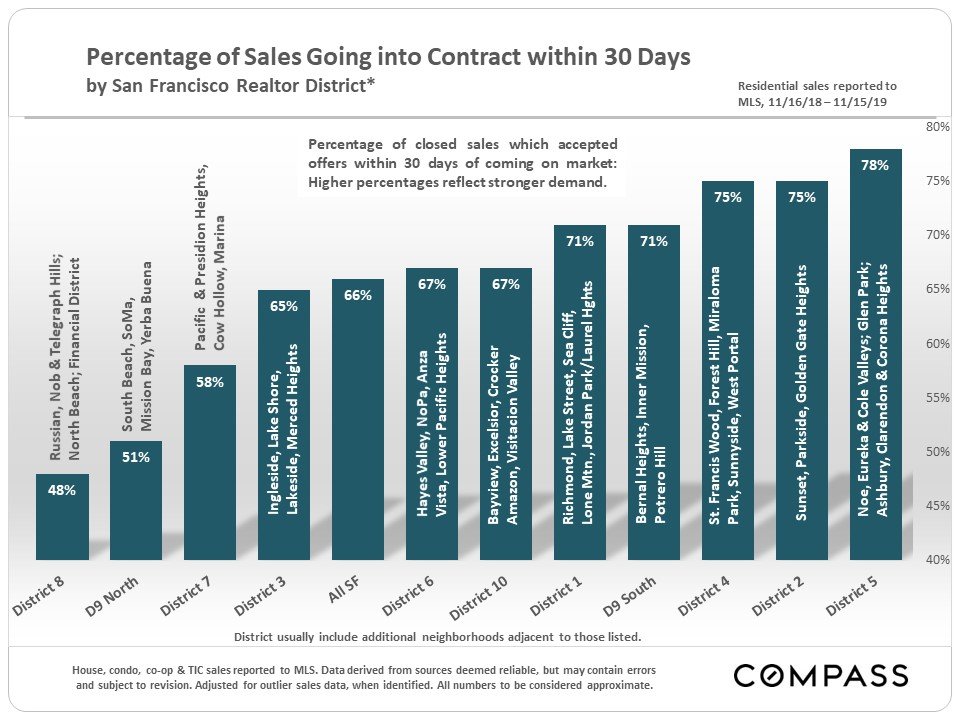 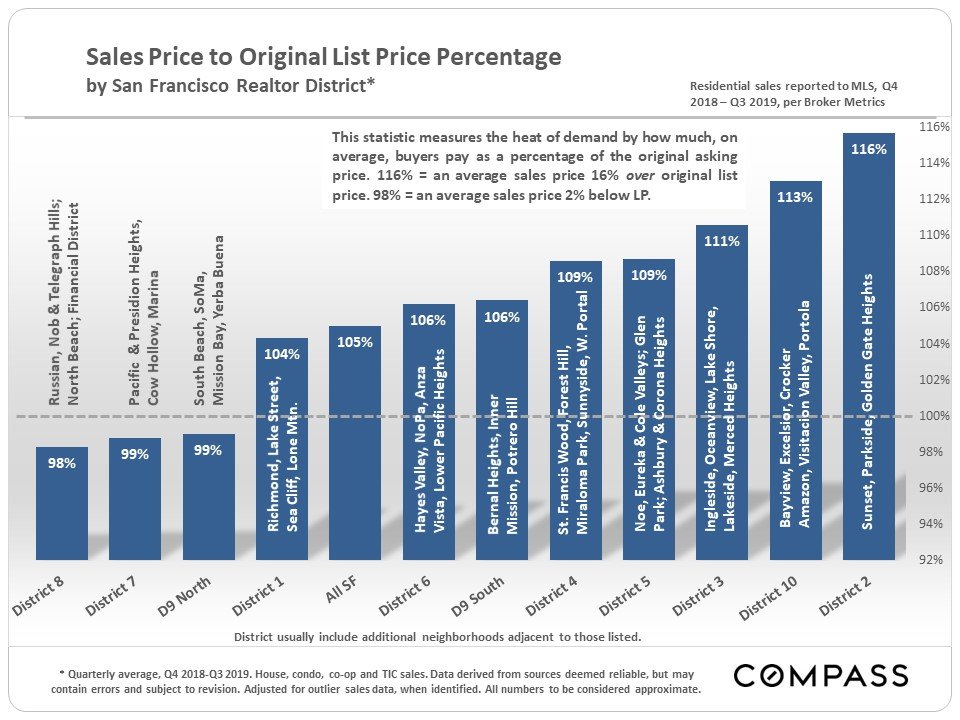