The small decline in the Index reading from December 2012 to January/February 2013 is due to seasonal market factors, not a decline in values, and occurs every year. Generally speaking, January and February sales reflect offers accepted in the holiday season period from Thanksgiving to early January, and since the higher end of the market tends to check out for this period, sales prices in the first 2 months of the year are typically lower. Based on the heat of the market since the year began, we expect to see a similar pop in C-S values in March and April that we have already seen in median sales prices.

Before trying to apply Case-Shiller Index trends to specific cities, neighborhoods and homes — which can be deeply misleading — please read the explanation of how the Index works: https://www.paragon-re.com/Case_Shiller_Index_Deciphered_for_SF

San Francisco home values have significantly out-performed the overall Case-Shiller Index metro area over the past 12 to 18 months. 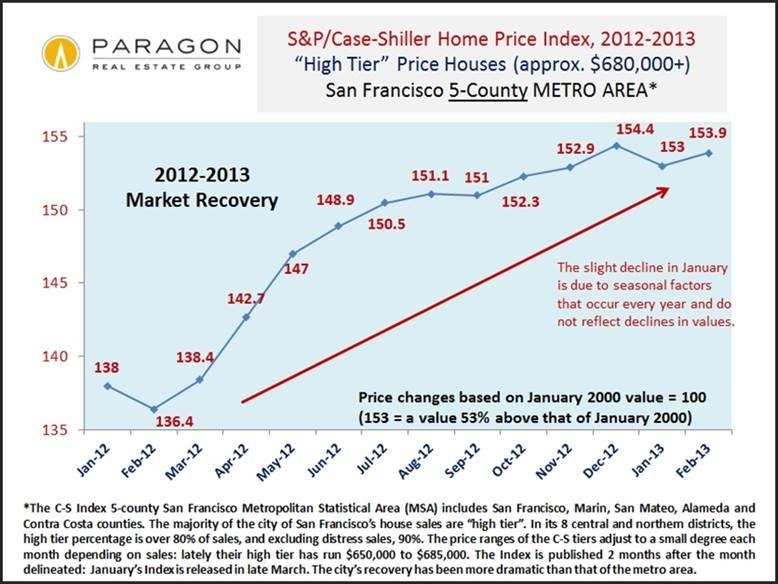 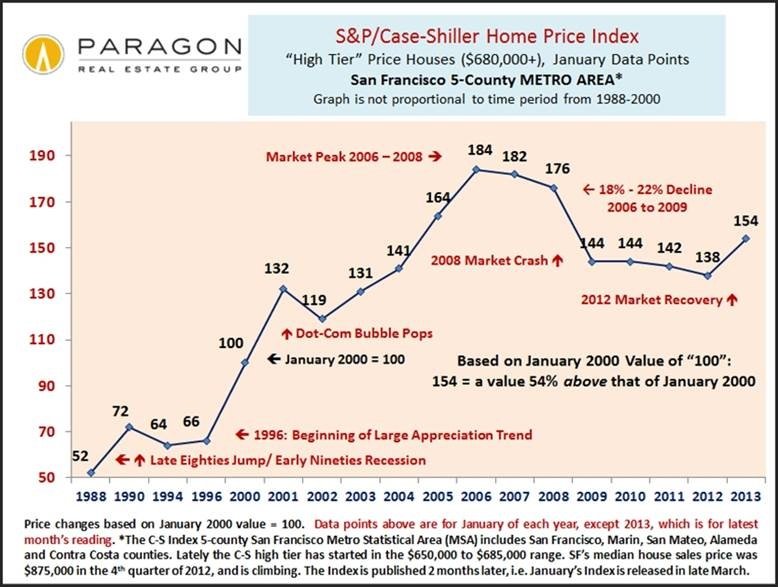